Support and resistance simply define the levels at which sellers and buyers participate in the market thus bringing up the law of supply and demand into place. The differences created by supply and demand bring up the support and resistance playing. For instance, if a high number of buyers (demand) go up in the market, there is probably an indication of support brought to the market. On the other hand, when there are a large number of sellers (supply) it clearly indicates that there is a high resistance which restricts the stock from rising up.

Strategies of using Support Resistance:
There are two main strategies that can be used in support and resistance in line with Trend Line.

Bounce Trading:
It is mostly known as “swing trading”. In this type of support and resistance,a bounce is used which may either occur from the resistance side or support side as indicated in the figure bellow,

Basically, the bounce from either the resistance side or support side executes a trade. It is not recommended to put a trade either on the resistance side or the support side because you might not know if any of the levels has broken. You have to have a confirmation first. If there is acute rise or fall of prices in the market, it will defiantly make the support or resistance levels to break easily. The bounce is anticipated to be the sign of support and resistance level to maintain its strength.

Breakout Trading:
Support and resistance do not last forever. They are prone to breakouts. In case such a problem happens, breakout strategy is there to save you. There a big difference between the breakout trading and bounce trading. With Breakout Trading you have to use a break of support or resistance to confirm especially if the breakout can be followed by a rally. The illustration bellow shows how breakout trading strategy appears in support and resistance.

Support or resistance are said to be broken if,

-A candlestick is chart is used; the candlestick should break along the support or resistance line

-There is an increase in volume when breakouts occur. The more the escalations occur the more the breakouts appear to be valid.

Advantage of using support and Resistance:

Support and resistance are flexible compared to other trading tools such as candlesticks as it   can be applied in any market stock, options, commodity, forex and any single stocks.

Disadvantage:
There is a lot of misleading information out there that one should watch. One needs to put more effort and time to collect information for your support and resistance charts.

In conclusion, the most important aspect in support and resistance, one must watch the behaviour of stock in the market. The climate should also be noted as it may lead to an extreme increase of levels. Climate changes consume a larger amount of buyers and sellers which will in a turn produce a very sharp spur in either direction. The best thing about support and resistance is that it can be easily adopted as long it is practised daily.

Mr. Hasan is the founder of The Binary Logic and an online investor for more than five years. Mr. Hasan is an expert financial instruments trader. Over the past six years, he has made thousands of trades. He is a passionate IT freak and technology lover. Gaming and trading is his hobby. 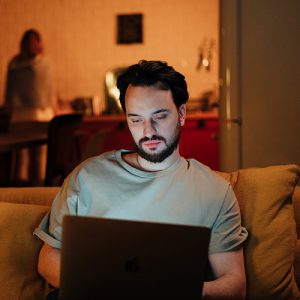 I am Mr. Hasan, and I am an online trader since 2016. I have five years of experience in trading financial instruments such as binary, forex, and digital options. I have created this website to share my knowledge of options trading so you can avoid the same mistakes that I’ve made.